Age Six: Making Good Use of the Sewers

Zambia is a small country in South Africa with no ocean boundaries. It has a rugged terrain and most inhabitants are subsistence farmers. Mining of metals such as copper and semiprecious stones is another primary industry. Its population is about 17 million with most people living in and around Lusaka, its capital. Its primary local language is Nyanja followed by Bemba in the more rural areas.

In the alternative reality of Danielle: Chronicles of a Superheroine, six-year-old Danielle goes to Zambia to combat its drought.

Frequent and prolonged droughts have plagued Zambia in the twenty-first century, with three major droughts occurring between 2002 and 2005. Over a million people were in severe need of water in the drought of 2005.

In the alternative reality of Danielle: Chronicles of a Superheroine, six-year-old Danielle seeks to help solve the problem of the Zambian drought.

The Slingshot is a relatively small machine (around the size of a small refrigerator) invented by Dean Kamen (born in 1951) that can produce totally pure water (that actually meets the standards for an injectable liquid) from any source including sewer water and contaminated swamp water. It requires less than one kilowatt of electricity to operate. It uses vapor compression (turning the input water into steam leaving contaminants behind) and requires no filters.

The Slingshot is intended to be powered by another Kamen invention, a Stirling engine, which can produce electricity from any fuel including cow dung (Kamen did not invent the concept of the Stirling engine, but he did invent an especially efficient one).

In mass production, Kamen estimates that the Slingshot would cost about $2,000 each (eventually as low as $1,000) and would provide the water needs of 100 people. In 2012, Kamen and Coca Cola announced a partnership, through which tests of the Slingshot have been successfully conducted in Latin America and Africa.

In the alternative reality of Danielle: Chronicles of a Superheroine, six-year-old Danielle plans to solve the water problem in Zambia using these Kamen inventions.

Dean Kamen developed a compact Stirling engine about the size of a small refrigerator to match the Slingshot water machine. It is designed to provide the electricity for the Slingshot and to work on indigenous fuel sources such as manure.

In the alternative reality of Danielle: Chronicles of a Superheroine, using the Stirling engine as an energy source is part of the six-year-old Danielle’s plan to solve the water problem in Zambia.

The World Health Organization (WHO) is an agency of the United Nations focused on public health. WHO was established in 1948 with headquarters in Geneva, Switzerland.

Since that time, WHO has continued a focus on infectious diseases including HIV/AIDS, malaria, and tuberculosis. WHO has been instrumental in contributing to a 40 percent reduction in the number of deaths from tuberculosis between 1990 and 2010. It also played a major role in reducing cases of polio by 99 percent since the “Global Polio Eradication Initiative” was started in 1988.

In the alternative reality of Danielle: Chronicles of a Superheroine, six-year-old Danielle has a role for WHO in her Zambian plan.

How You Can Be a Danielle and promote world health.

Lusaka is the capital city of Zambia, located in the south of the country. Greater Lusaka has an urban population of about 2.4 million people, with millions more living in the surrounding areas. The official language of the city is English, but Nyanja and Bemba are also popular languages.

In the alternative reality of Danielle: Chronicles of a Superheroine, Danielle flies into its one airport, Lusaka International Airport, to help with the Zambian drought.

Nyanja, also known as Chewa, is a language of the Bantu peoples of sub-Saharan Africa. It is the national language of Malawi and one of the seven official languages of Zambia, where it is spoken primarily in the Eastern Province.

Nyanja was originated in the fifteenth century in the Eastern Province of Zambia, where it is still the primary language. It was adopted by the Christian missionaries at the start of the colonial period in the nineteenth and early twentieth century. Today, Nyanja is spoken by 12 million people.

In the alternative reality of Danielle: Chronicles of a Superheroine, six-year-old Danielle struggles with the languages of Zambia.

Sempala is a small village in Zambia near Luanshya. The primary local economy in the area is based on copper mining. It is about 200 miles from Lusaka, the capital of Zambia, although roads are small and often not passable.

In the alternative reality of Danielle: Chronicles of a Superheroine, Sempala is six-year-old Danielle’s first stop in Zambia after flying into the capital city of Lusaka. Getting there is itself a challenge. Danielle makes her first friend in Sempala.

Bemba, also called ChiBemba, is another Bantu language. It is the most common indigenous language in Zambia, and is one of the country’s seven recognized languages. It is also spoken in nearby countries including the Democratic Republic of Congo, Tanzania, and Botswana. It is the most widely spoken language in the urban areas of Zambia (other than English).

There is a significant amount of high quality literature in Bemba including novels, poems, and plays.

In the alternative reality of Danielle: Chronicles of a Superheroine, six-year-old Danielle learns Bemba from her first friend, Amukusana.

Outside of the Old Testament, the Talmud is the most influential text in Judaism. It is organized in 63 tracts and consists of over 6,000 pages in contemporary print. It contains the teachings of thousands of rabbis, mostly from the pre-Christian era, on a variety of topics including Jewish law (called Halakha), ethics, history, traditions, and philosophy. It is widely quoted, especially when debating Jewish ethics.

Prior to the destruction of the Second Temple in the year 70 AD, the Temple itself was the center of Jewish life. Discourse and debate was primarily an oral tradition conducted at the Temple. The destruction of the Second Temple by the Romans ushered in a profound decentralization of all aspects of Jewish life and philosophy. This was the beginning of the Synagogue era of Judaism. Rather than one holy temple, there would now be many synagogues. The holy spaces where one could commune with God could no longer be destroyed by Israel’s enemies because another synagogue could always be built. Scholarship and recording of the laws and traditions of Judaism switched, therefore, to a written tradition since there was no longer one central meeting place.

The two components of the Talmud were completed in 200 AD (the “Mishnah”) and 500 AD (the “Gemara”). The Mishnah provides details on Jewish law and rules of living, whereas the Gemara covers a wide variety of subjects ranging from commentary on the old testament to observations on relationships and family life.

In the alternative reality of Danielle: Chronicles of a Superheroine, six-year-old Danielle and the Hassidic Rabbi Schneerson share Talmudic metaphors with each other. Also, Danielle’s dad quotes from the Talmud to Danielle when she returns from Zambia.

Mao Zedong (1893–1976), also known as Mao Tse-tung, was born in Hunan Province. His father was a peasant, although as a successful farmer, he was not poor. His mother was a devout Buddhist, and Mao himself became a Buddhist as a boy but abandoned Buddhism when he was a teenager. He read extensively as a student and was influenced by a variety of historical figures, including George Washington and Napoleon Bonaparte. 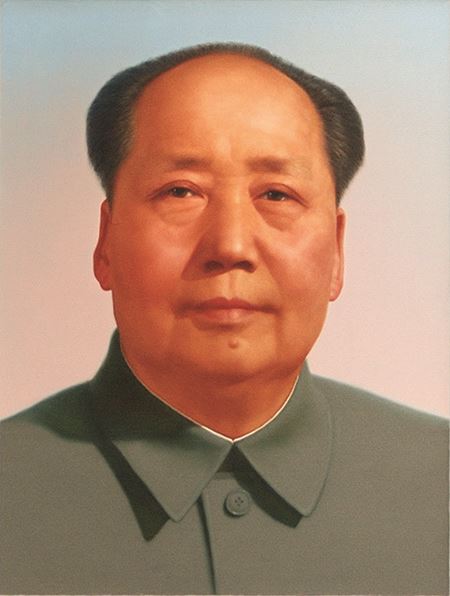 As an older teenager, Mao and a friend cut off their pigtails because it symbolized loyalty to the emperor. At age 19, Mao read pamphlets by Jiang Kanghu, the founder of the Chinese Socialist Party, which influenced his formative political ideas. With the success of the October Revolution in 1919 in Russia, which brought the Marxists to power, Mao took great interest in the writings of Karl Marx and Vladimir Lenin.

The Communist Party of China (CPC) was founded by Chen Duxiu and Li Dazhao in 1921 as a study society. Mao set up a branch in Changsha, the capital of Hunan Province, and helped to organize strikes by workers in 1921.

During the 1920s, the Communist Party of China grew in size and influence. After the last emperor of China was overthrown in 1912, there was an extended period of conflict among different war lords. The Kuomintang consolidated control of China in 1928 under the leadership of Chiang Kai-shek. It was around this time that the Chinese Civil War between the CPC and Kuomintang began.

In 1934, the Kuomintang were poised for victory and the communists retreated. However, led by Mao, the primary retreat circled back traveling on foot over 6,000 miles. This “Long March” resulted in Mao becoming the undisputed leader of the CPC (see the entry on the “Long March”).

The Chinese Civil War continued but was interrupted by an alliance of the CPC and Kuomintang to fight the Japanese. With the defeat of the Japanese in 1945, the civil war resumed.

In 1949, the CPC under Mao defeated the nationalists including the Kuomintang which retreated to Taiwan. On October 1, 1949, Mao proclaimed the People’s Republic of China (PRC) as a single-party state controlled by the Communist Party. He quickly followed up with purges of real and suspected enemies to consolidate his control of China.

China under Mao was more than a dictatorship, it was one of the great totalitarian regimes in history seeking to control all facets of national and personal life from philosophy (essentially banning religion and other philosophies) to family life, and culture.

After the PRC was established there followed a series of some of the greatest calamities in history. In 1957, he started the “Great Leap Forward,” a campaign to move China from an agricultural economy to an industrial one. The goal was reasonable and could have succeeded had it been conducted with appropriate incentives and economic initiatives. Instead, it was pursued with forced and centrally controlled collectivization. The resulting famine resulted in the death of between 18 and 45 million people.

In 1966, the “Cultural Revolution” led to arrests and violent assaults against intellectuals and others deemed to be “revisionists.” Millions of people suffered abuses including harassment, arrest, torture, and death. It was during this period that Mao’s personality cult reached its peak.

The Cultural Revolution had a devastating impact on China’s cultural and historical artifacts and written records. While there is no detailed official account, many observers have concluded that much of China’s five thousand-year history was destroyed in a short period of time. Although Mao declared the Cultural Revolution completed in 1969, it continued for several more years.

Mao died on September 9, 1976. Although Mao’s personally appointed successor, Hua Guofeng, ruled for two years, the next major leader, Deng Xiaoping, gradually reversed Mao’s policies, especially those associated with the Cultural Revolution. In 1981, the Chinese Communist Party itself declared that “the Cultural Revolution was responsible for the most severe setback and the heaviest losses suffered by the Party, the country, and the people since the founding of the People’s Republic.”

Mao’s supporters cite his achievements which include ridding China of foreign influence, making China into a modern state and a world power, improving the status of women, improving health care and education, and increasing China’s life expectancy. During his leadership, the population of China grew from 550 million to 900 million.

Mao’s critics cite that he was a totalitarian dictator responsible for vast human rights abuses, destruction of much of China’s historical and cultural artifacts, and the death of an estimated 40 to 70 million people through executions, forced labor and migrations, and starvation. Although this is a greater toll than that attributed to Stalin and Hitler combined, it should be pointed out that most of it is the result of failed policies as opposed to explicit policies of genocide and extermination such as those Hitler was responsible for.

In the alternative reality of Danielle: Chronicles of a Superheroine, after Dad quotes from the Talmud, six-year-old Danielle replies with a quote from Mao.