Age Four: No One Seemed to Notice

A quark is a fundamental constituent of matter. Quarks combine to form composite particles called hadrons, of which the most stable are protons and neutrons. They in turn are the principle components of the nuclei of atoms. Quarks were theorized by physicists Murray Gell-Mann (born in 1929) and George Zweig (born in 1937) in 1964 and confirmed in experiments at the Stanford Linear Accelerator Center in 1968.

Physicists have debated whether quarks are actual particles or just abstractions because they are never actually observed in isolation. Their properties are only inferred indirectly from particle scattering experiments.

Gell-Mann was inspired to use the name “quark” from a poem in James Joyce’s 1939 novel Finnegan’s Wake which alludes to a quark’s indirectly inferred properties, and the fact that it takes three quarks to make a neutron or proton:

In the alternative reality of Danielle: Chronicles of a Superheroine, four-year-old Danielle contemplates the implications of quarks on the world.

The East India Company, founded by John Watts and George White on December 31, 1600, controlled much of England’s international trade in the British colonies including India and the American colonies. It was a private company, but coordinated its decisions closely with the British government. It had its own private armies and its harsh policies contributed significantly to the alienation of the American colonists leading to the American revolution in 1775.

In the alternative reality of Danielle: Chronicles of a Superheroine, four-year-old Danielle presents her ideas to her history class on what would have happened if the East India Company had been broken up before the American Revolution.

The Boston Tea Party was a political protest by a group called “The Sons of Liberty” in Boston on December 16, 1773. The protesters, some of whom were disguised as Mohawk Indians, threw a ship’s worth of tea sent by the East India Company into Boston Harbor. The British government responded with stern measures which further alienated the colonists, ultimately escalating into the American Revolution in 1775. 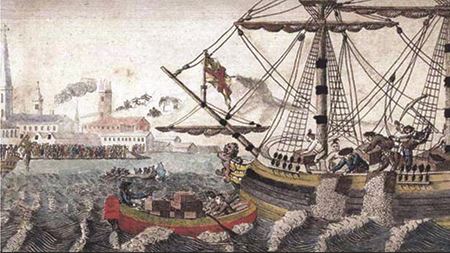 In the alternative reality of Danielle: Chronicles of a Superheroine, four-year-old Danielle explains the implications of the Boston Tea Party.

Pu Yi, who was portrayed in the movie The Last Emperor, was the last emperor of China. He was the final ruler of the Qing dynasty, the last royal Chinese dynasty, which ruled China from 1644 to 1912. The Qing dynasty was overthrown in 1912 by the Revolutionary Alliance, founded by Song Jiaoren and Sun Yat-sen, which established a republic in 1912, with Sun Yat-sen as its provisional president. The Kuomintang (KMT) (National People’s Party) was a key founding party of the Revolutionary Alliance, which consolidated the territory that became the modern Chinese state over the next several decades. Sun Yat-sen ultimately ceded the presidency to the military leader Chiang Kai-shek. At this point, China became divided by feuding warlords, with the Kuomintang controlling a portion of Southern China.

In 1928, under the leadership of Chiang Kai-shek, the Kuomintang unified most of China, ruling China from 1928 until 1949 when it was defeated by Mao’s Communist Party of China (CPC). The Kuomintang retreated to Taiwan and ruled that province starting in 1949. As a result of gradual democratic reforms in Taiwan from the 1970s through the 1990s, Taiwan became a multiparty democracy, but the KMT remained the most important political party controlling the Parliament (called the Legislative Yuan) and most of the local councils.

See Mao’s Long March for a description of how the Kuomintang allowed Mao and his followers to escape, thereby leading to the rise of the Chinese Communists.

In the alternative reality of Danielle: Chronicles of a Superheroine, four-year-old Danielle writes a story imagining what would have happened if the Kuomintang had blocked Mao’s retreat.

In the late 1940s, the Red Army of the Chinese Communist Party (a forerunner of the People’s Liberation Army) battled with the Kuomintang for control of China.

The Kuomintang was on the verge of victory, but allowed the communists to retreat in a series of “long marches,” the best known of which was a march from Jiangxi province in 1934.

The First Front Army, led by Chiang Kai-shek, was about to annihilate the communists but Mao Tse-tung and his followers managed to escape in 1934 in a retreat, led by Mao and Zhou Enlai, which circled to the west and north traveling by foot over 6,000 miles over a period of over a year through extremely difficult territory. This “Long March” was completed by only about 10 percent of the original forces, and ultimately led to Mao and his Communist Party taking over China, with the Kuomintang retreating to Taiwan. It is regarded by many observers as the greatest (and most successful) military retreat in history.

See the previous glossary item for a description and brief history of the Kuo-mintang which ruled China up through 1949.

In the alternative reality of Danielle: Chronicles of a Superheroine, four-year-

By late 1944, it had become clear that Germany and Japan were on a path to losing World War II. Despite this, late 1944 and early 1945 saw the highest casualties on both sides. Allied firebombing destroyed most German and Japanese cities.

Germany surrendered in May of 1945.

Of the 1.25 million casualties in battle incurred by the US in the war against Japan, about a million were in the twelve-month period from June 1944 to June 1945. Early in 1945, it had become clear to the Japanese leadership that they had no hope of winning. In February 1945, Prince Konoe told Emperor Hirohito that the war effort was hopeless and that he should abdicate his position as Emperor. Nonetheless, Japan committed to continue fighting as long as that remained possible.

Early in 1945, the US drew up a plan called Operation Downfall, to invade Japan to end the war in the Pacific. 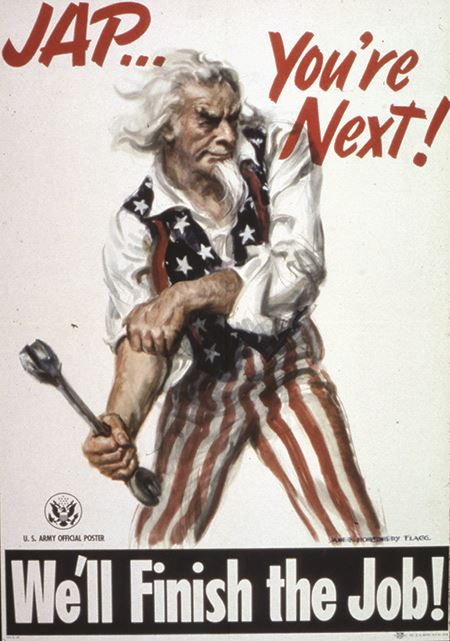 The Japanese army with over two million troops and a civilian militia of 28 million men and women were prepared to defend the Japanese islands. Estimates of the casualties that would have resulted from an allied invasion of Japan were extremely high. Japanese Vice Admiral Onishi predicted up to 20 million Japanese deaths. A study commissioned by US Secretary of War Stimson projected between 1.7 million and four million American casualties including 400,000 to 800,000 dead, along with five to ten million Japanese deaths.

In July of 1945, the American “Manhattan Project” detonated the world’s first atomic bomb in the New Mexico desert. A month later the US had prepared atomic bombs based on both uranium and plutonium.

President Truman decided to use this new super weapon on Japan with the hope of avoiding an invasion. On August 6, 1945, the US dropped a uranium atomic bomb called Little Boy on Hiroshima. Truman demanded that Japan immediately surrender with a warning that otherwise they should “expect a rain of ruin from the air, the like of which has never been seen on this Earth.” Three days later, the US dropped another atomic bomb, this one based on plutonium, on Nagasaki.

On the first day of these explosions, between 65,000 and 110,000 people died in these two cities. An equal additional number died within a few months from burns, radiation illness and injuries. Many more died in the months after that.

On August 15, six days after the atomic bomb was dropped on Nagasaki, Japan agreed to surrender.

In 1958, Truman was interviewed by Edward R. Murrow, who asked him if he had any regrets about using the bomb. Truman replied, “Not the slightest—not the slightest in the world.” Truman justified his decision based on the far greater casualties that would have resulted from an invasion of Japan, which was seen as the only viable alternative.

The morality of this decision has been debated ever since. Beyond the horrific impact, another key argument condemning its use is that it created a precedent for future use. Ironically, an argument opposing this view is that having witnessed the horrors of the use of this weapon on a civilian population had the effect of inoculating the world against its subsequent use. Indeed in the 70 years since Hiroshima and Nagasaki, an atomic bomb has never again been used in war, something that seemed unlikely shortly after World War II. However, the stockpiles of atomic bombs, and the even more powerful hydrogen bomb, have grown enormously since that time and are now sufficient to kill all humans ten times over.

In the Alternative Reality of Danielle, Chronicles of a Superheroine, four-year-old Danielle contemplates a different ending to World War II in the Pacific.

How You Can Be a Danielle and promote nuclear disarmament.